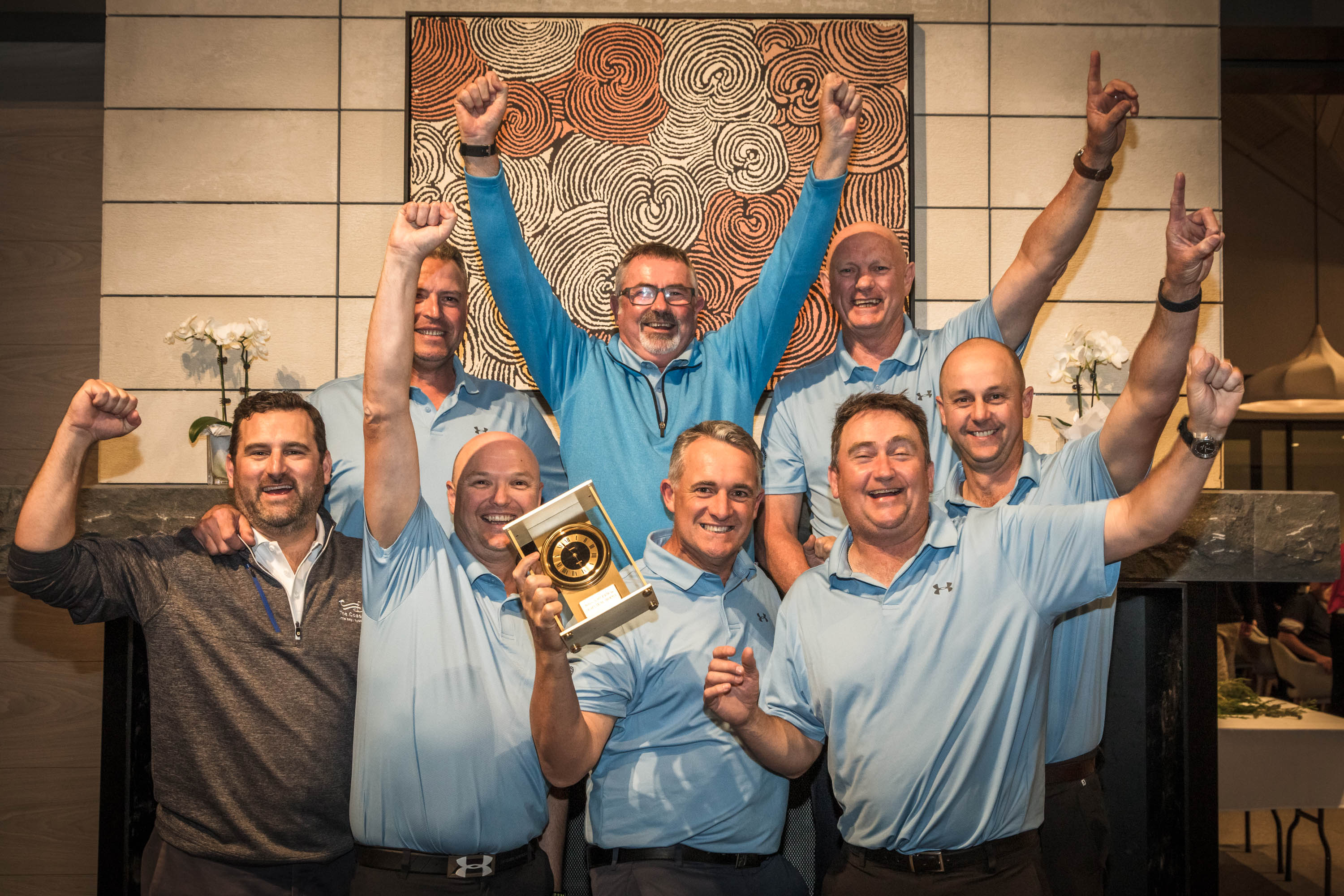 The winner of the 2019 GMA NSW Matchplay is the well deserving Richard Hogg of Bonnie Doon Golf Club.

“I got off to a flyer, being one under the card after five holes,” Hogg said. “Dave is playing off +1 and I am on 8 so I had the benefit of a few shots on the day.”

Lulham also had an advantage having played the course recently.

“Before we teed off, Dave did mention he finished second in the pro-am here recently so I reckoned he was on his game and knew the track fairly well,” Hogg said.

After the first five holes Hogg was three up.

“It sort of stayed around, trading a few holes till the end where I managed to win 3/2,” Hogg said. Lulham was two under par when the match finished.

Both players have enjoyed the year long championships. “It’s a great concept and would be better if more managers were able to play, but I understand a day out of the business can be hard for everyone,” Lulham said.

Hogg thanked course general manager, Scott and the team from Shelly Beach for hosting the competition.

“The course was great and the company even better.”